“The best thing about working with mcrIT was the dedicated team The engineers were on time; turnaround was quick, and we were provided quick responses to our questions. They were flexible in their approach, and open to our commercial requirements. In some instances, the project schedule had to be changed at short notice, requiring the team to reshuffle tasks. They were always flexible and were able to accommodate the new requirements” 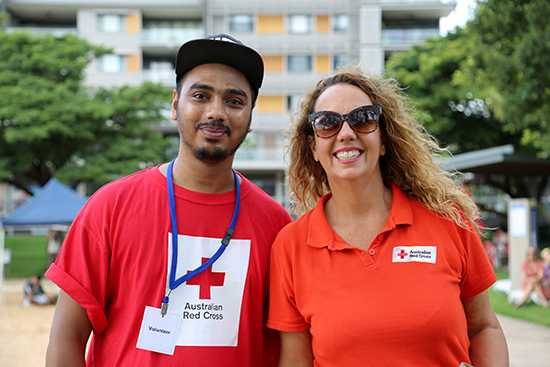 Australian Red Cross helps people in challenging times.
Thanks to mcrIT and Cisco Meraki, they have a reliable network to support this important work.

Australian Red Cross is the largest humanitarian aid organisation working towards the vision of human dignity, peace, safety, and wellbeing for all.

Guided by the fundamental principles of humanity, impartiality, neutrality, independence, voluntary service, unity and universality, Australian Red Cross is part of an international movement to provide relief in times of crisis and care when it is needed most.

The organisation is dependent on a reliable, secure IT network. Australian Red Cross operates out of a combination of remote, regional, and metro sites with a reliance on remote workers.

The IT environment included a mix of technologies from various vendors resulting in complicated support contracts and expensive support resources being required to service equipment in remote areas.

The in-house IT team was inundated with network support issues and increased downtime, and the increased security risk posed by remote workers accessing the network was becoming a concern. In addition, the existing MPLS network was not cost effective.

Australian Red Cross was looking for a partner to help optimise technology across their sites to better support their business and reduce WAN costs.

The solution
Australian Red Cross has over 70 sites across the country.  Each state has it’s own state based head office along with some smaller branch sites. This project saw the sites transition away from a traditional and expensive MPLS service to an internet only service to leverage a Software Defined Wide Area Network (SD-WAN) environment.
Incorporating the *Secure Access Service Edge (SASE) principle of moving to a more user-centric mindset, mcrIT implemented a Cisco Meraki (SD-WAN) solution including firewall, malware protection and intrusion prevention.

Using the cloud-managed dashboard, the Australian Red Cross internal IT team can remotely manage the network, alleviating the need for support resources in remote regional areas.

The sites were empowered to leverage the newer platforms being deployed without being tethered to the legacy datacenter.  The various programs that Australian Red Cross run were now able to collaborate with internal and external parties in a more reliable and secure manner.

Some of the tools now available to the teams are:

“Initially, we engaged mcrIT to roll out this solution to our sites in capital cities only. We were so impressed with their service delivery that we extended the contract to cover all of our sites.”

“In cases where logistics and service delivery issues arose, Sergey and the team were able to think outside the box to urgently source replacement hardware locally and still deliver the job – saving us time and money”

*A term coined by analyst firm Gartner, SASE simplifies wide-area networking (WAN) and security by delivering both as a cloud service.